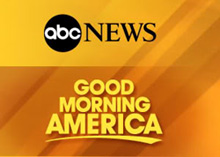 Publisher Anthony Curtis was interviewed by ABC News’ “This Morning America” show today regarding high-rolling but utterly unskilled gambler Terrance Watanabe, who lost $125 million in a single year at the gaming tables of Las Vegas and faces 16 years in jail for nonpayment of his debts. Watanabe is firing back with a lawsuit, alleging that Caesars Palace and the Rio regularly plied him with drugs and alcohol before turning him loose on the casino floor. Allowing a patron whose known to be intoxicated is a violation of gaming regulations.

Watanabe is currently out on jail, with his trial set for July, 2010.