It’s a ghost story, love story, comedy, and drama. It’s a memoir that looks and sounds almost like fiction but yet feels real, making it a lot like the town where most of it takes place—Las Vegas. The plot, on its own, may sound a bit threadbare. Girl falls for guy and leaves the Midwest for Sin City where the couple experiences ups and downs. In this case, however, the plot is only the skeleton on which the author molds a flesh and blood tale whose arteries and veins flow with humor, irony, compassion, and contagious charm.

Rouff’s prose reads like one friend talking to another. His narrative moves along swiftly while still taking time for observant asides and insightful interpretations. His dialogue sounds contemporary and realistic whether it’s coming from his narrator, Anna, a female cub reporter looking to jumpstart her life, or from her soul mate, Aaron, a long-haired bass player with dreams of fame yet realistic expectations, or from Meyer, a somewhat gangsterish ghost who may lack a sturdy exoskeleton but whose heart is still in the right place.

In addition to the well-developed characters above, the author even does a first-rate job of making the city of Las Vegas seem likable. Often the object of pseudo-sophisticated condescension and scorn, in Rouff’s depiction its glitter is only the makeup on a face as accepting as it is alluring. If you’re looking for an enjoyable read that will revitalize your faith in love, laughter, and cosmic karma, go ahead and roll the dice. You’ll still feel like a winner even though it’s a given that the house always wins.

Posted in Print/Online | Comments Off on Hot New Vegas Novel

The story of Pinnacle Sports is a case study in how bookmaking sites, illegal in the United States, manage to operate on American soil. By JAMES GLANZ, AGUSTIN ARMENDARIZ and WALT BOGDANICHOCT. 25, 2015

Every successful sports book needs a Stanley Tomchin. He is not shy about his analytic mind, his digital foresight or his role in the building of Pinnacle. Raised on Long Island but now living in Nevada, Mr. Tomchin, 70, acknowledges that he not only helped establish Pinnacle in Curaçao, he also handled one of its most important jobs.

“My role was the oddsmaker,” he said in written responses to questions from The Times. “My knowledge and experience allowed me to make better odds than N.Y., Las Vegas, anyone in the world.” Mr. Tomchin claims to have been one of the original members of the so-called Computer Group, credited in gamblers’ lore with bringing the first computer-based betting schemes to sports books. His reputation is such that he was featured in the book Gambling Wizards: Conversations With the World’s Greatest Gamblers.  END_OF_DOCUMENT_TOKEN_TO_BE_REPLACED

Books you must read to understand Vegas

The RJ recently compiled a list of must-read books to understand Vegas and two Huntington Press titles made the list: Cult Vegas by Mike Weatherford and The First 100 by A.D. Hopkins and K.J. Evans.

Las Vegas doesn’t get much credit for it, but it really is a literary sort of city.

Think about all the times over the years that Las Vegas has served as fodder for authors, journalists, novelists and anybody else who felt moved to put pen to paper and tell us who we are and how we got here.

In fact, there’s so much Las Vegas lit out there, the real problem is: Where does an inquisitive reader begin?

It’s toward that end — and with all of those holiday gift cards burning holes in local bibliophiles’ pockets — that we’ve put together a list of books that any well-read Southern Nevadan should check out.

We make no claim that this reading list is comprehensive or, for that matter, even correct. We can think of at least a dozen more books that would merit a place on any such compendium, so feel free to tell us about your own.
END_OF_DOCUMENT_TOKEN_TO_BE_REPLACED

‘It’s going to be crazy’ in Vegas for Mayweather-Pacquiao

Ed Graney with the Las Vegas Review-Journal gets casino super host Steve Cyr’s thoughts prior to the Mayweather-Pacquiao fight.

He’s not a whale. More of a high roller. More of a guy who will gamble $100,000 at the tables over a weekend, who will bet $10,000 a hand for several hours a day, who is showered with all the usual complimentary items of a hotel suite and food and beverage and spa treatment for his wife or girlfriend or, well, sometimes both.

One particular guy is from Missouri.

He recently lost $98,000 over a few days here, went home and paid his markers in record time. He had 90 days to make things right but didn’t take near that long.

“My phone rings and he says, ‘Hey buddy, I paid things off early because I want to come out for the fight,’ ” Steve Cyr said. “He says, ‘I’m going to make it easy on you. I have a new girlfriend and I only need two ringside tickets.’

“I told him that I loved him, but he had no chance. He just isn’t a big enough player.”

Turns out, the guy wanted the impossible.

Turns out, even Cyr couldn’t deliver this time.
END_OF_DOCUMENT_TOKEN_TO_BE_REPLACED

Rant Sports highlights Steve Cyr’s fame and lifestyle as a casino superhost, as described in the Huntington Press title Whale Hunt in the Desert.

Luckily for Steve, he’s among the best in the business, because he knows how to bring the whales to his hotel — and getting them to spend the big bucks while they’re there. Just watch the video above for an idea of what his job entails and some of his tactics when it comes to getting high-roller clients to spend big.

END_OF_DOCUMENT_TOKEN_TO_BE_REPLACED

DTLV reports on Frank Cullotta’s casino tour on the Las Vegas Strip where he provides insight to his former life in the Mafia.

Las Vegas’ reputation is built on a myth of showgirls and mobsters cavorting on a pile of $500 chips under neon signs—a myth fostered by such movies as Casino. Martin Scorsese’s 1995 film celebrated a genius who ran casinos for the mob, a thug who busted skulls for the mob and the hustler-turned-trophy wife who came between them. It illustrated the demise of an era that people still come to Vegas looking for, when the pit bosses knew your name and, if you weren’t lucky, the loan sharks did, too.

One way to rediscover this lost Vegas is through Frank Cullotta’s Casino tour, which revisits the story of Lefty, Tony and Geri in ways that only a guy who was actually there can. Cullotta was a mob enforcer and member of Tony Spilotro’s Hole in the Wall Gang in the ’70s; two decades later, he consulted on Nicholas Pileggi’s book Casino and appeared in the movie version (playing, of course, a hitman).

END_OF_DOCUMENT_TOKEN_TO_BE_REPLACED 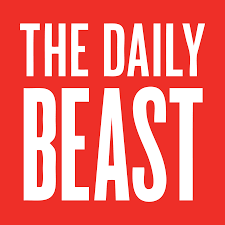 Back when Frank was just a boy, his father was killed steering a car for the Outfit with the cops in hot pursuit. Frank was a loyal driver during a long criminal career as Chicago mob enforcer Tony Spilotro’s loyal lieutenant. Cullotta was along on plenty of capers.

When Cullotta was compelled turn on Spilotro, the reputed killer who was depicted by Joe Pesci in Martin Scorsese’s Casino, the loyal underling was marked for death. A consummate survivor, Cullotta cooperated with the FBI, endured threats and epithets, and emerged a winner in a death-defying game of chance. Spilotro and younger brother Michael were murdered in 1986. Their bodies were uncovered from an Indiana cornfield.
END_OF_DOCUMENT_TOKEN_TO_BE_REPLACED

How difficult would it be to assume a different name, create a new Social Security number and rebuild a new identity from scratch? How would banks, landlords, utilities, neighbors and others react to a man or woman without a past?

Frank Cullotta knows. A former mob hit man in Las Vegas, he was portrayed in the 1995 film Casino as the link between the Chicago bosses and Frank “Lefty” Rosenthal and Tony Spilotro, the men who inspired the movie’s Robert De Niro and Joe Pesci characters. In 1982 he had a falling out with his friend Spilotro and agreed to provide evidence against his former associates. The federal government entered him into the witness protection program.

END_OF_DOCUMENT_TOKEN_TO_BE_REPLACED

Tax Help For Gamblers? You Bet!

If, however, you’re one of the millions of taxpayers who do like to gamble on a casual basis, take heart. When it comes to taxes, the rules for casual gamblers aren’t terribly complicated.

The law requires you to report your gambling winnings no matter what the amount or whether it’s a legal bet. There’s no exception for illegal wagers: income is income so far as the Internal Revenue Service is concerned. Casual gamblers report their winnings on line 21 (other income) of a federal form 1040; the form 1040-EZ isn’t equipped to handle gambling winnings.

Annie Duke, who spent two decades as one of the world’s top poker players, winning several poker championships. She has shared her knowledge through best-selling poker instruction and theory books including Decide to Play Great Poker and The Middle Zone: Mastering the Most Difficult Hands in Hold’em Poker. She will share her insight on how decision making at the poker table can translate to sound investing strategies.

Read the full recap of the conference at prweb.com.

An Insider’s Guide to Las Vegas Gambling: An Interview with Anthony Curtis

Virgin Atlantic interviews Las Vegas Advisor publisher Anthony Curtis on all the ins and outs of being a true Las Vegas insider.

The glittering lights, the irrepressible glamour, and, of course, the dreams of winning big: gambling in Las Vegas isn’t just an activity, it’s a lifestyle. And few know that better than Anthony Curtis, who’s called the city – and its casinos – home since the age of 21. One of the country’s best known professional players, he’s taken home huge jackpots in tournaments like the World Matchplay Blackjack Championships and the Atlantic City Craps Championship, and is behind both an insider’s guide to the city’s best deals and an independent publishing house that publishes gambling and strategy books (Huntington Press). In short, for anyone looking to dip a toe or two in the Las Vegas gambling scene, he’s the man to know.
END_OF_DOCUMENT_TOKEN_TO_BE_REPLACED