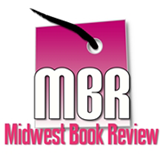 The Midwest Book Review has given Huntington Press author Denny Griffin’s The Battle for Las Vegas: The Law vs. The Mob a five-star rating on Amazon.com:

The Battle for Las Vegas: The Law vs. the Mob is the suspenseful true story of the Chicago Outfit’s organized, criminal stranglehold on Las Vegas – both its casinos and its streets. The Outfit set up a front man with no criminal record as the owner of their casinos, but Frank “Lefty” Rosenthal was the real power, and Tony Spilotro was the brutal and ruthless Outfit enforcer. Spilotro also the controlling power behind Vegas street crime, soon came to be known as “King of the Strip”. Federal and local law enforcement declared war on organized crime, and on the Outfit, sparking a deadly clash from the 1970s through the mid-1980s. The Battle for Las Vegas is a captivating, up-close and personal account of the bitter struggle from both sides, featuring testimony from the agents and detectives driven to uphold the rule of law. Black-and-white vintage photographs illustrate this captivating account, highly recommended especially for fans of true crime.

This entry was posted in Online and tagged crime, history, Huntington Press, Las Vegas, the Mob. Bookmark the permalink.